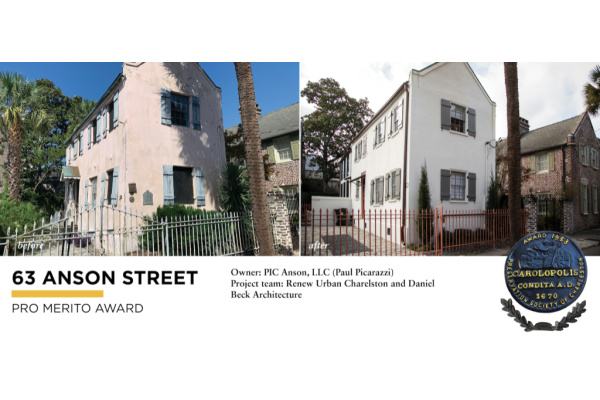 Renew Urban has won an award from the Preservation Society of Charleston for their work on historic renovations in the city. The company was recognized for their work at 63 Anson Street, which was originally built in 1839. The renovation project preserved many original features of the house while also adding new elements that reflect modern living. Partner at Renew Urban, Andy Meihaus, said that he is “proud to be part of a team that is dedicated to preserving our city’s rich history.”

The historic renovation project was recognized as a finalist for the award in April before being selected as the winner on December 3rd.

The work that resulted at 63 Anson Street was truly impressive. They preserved many of the historic features of the house while adding new elements that reflect modern living standards. This is done with great care so as not to damage or alter any historic features which could be detrimental later if changes are not managed properly.

Also involved in the project was Daniel Beck with Daniel Beck Architecture, together with the team from Renew Urban, the end result was truly amazing.